Christmas: The Hinge of History

Have you felt any gloom this year—for your nation, your family, or your own circumstances?

Gloom is the backdrop of Isaiah 9. God’s nation faced invasion, exile, and collapse. But in the first verse, the prophet says that “there will be no gloom for her who was in anguish.” Light was about to dawn from, of all places, Israel’s north—that region most often invaded and mixed with pagans. Isaiah elaborates:

For to us a child is born, to us a son is given; and the government shall be upon his shoulder, and his name shall be called Wonderful Counselor, Mighty God, Everlasting Father, Prince of Peace. Of the increase of his government and of peace there will be no end, on the throne of David and over his kingdom, to establish it and to uphold it with justice and with righteousness from this time forth and forevermore. The zeal of the Lord of hosts will do this. (Isaiah 9:6-7)

This familiar, profound text calls us to cast off our own gloom too, on two accounts: (1) the identity of this Son and (2) the activity of this Son.

First, who is this promised Son? Note in verse 6 the juxtaposition “a child is born . . . a son is given.” In ordinary language, children are conceived and born—not given. The implication is that this son preexisted his own birth, a conclusion corroborated by two of the four titles that follow: “Mighty God, Everlasting Father.” This Son has no origin in time because he is the Mighty God, El Gibbor (a term used only of God himself and never of other beings, in contrast with a word like elohim). He is also the Father, or Author (as interpreted by John Calvin in his commentary on Isaiah), of Eternity. He is “true God of true God, light from light eternal . . . Son of the Father, now in flesh appearing”—familiar carol lines echoing the Nicene Creed.

That the eternal God would take on flesh is no small comfort. In part five of his demanding Gulag Archipelago, Aleksandr Solzhenitsyn glosses fellow prisoner and poet Anatole Vasilyevich Silin’s theodicy: “Christ’s sufferings in the flesh he daringly explained not only by the need to atone for human sins, but also by God’s desire to feel earthly suffering to the full” (emphasis in original). Solzhenitsyn is right to question Silin’s orthodoxy; the divine nature cannot undergo longing, suffering, or change. Yet the impassibility of God ought not diminish but heighten our astonishment at the incarnation. To think that the Mighty God and Author of Eternity would, in love, endure suffering alongside sinners—suffering surpassing even that of the gulag—is itself sufficient reason to cast off our gloom.

Having considered the identity of the promised child, the divine Son, we must also consider his activity.

What does the Son do? Simply put: he reigns supreme. Here we draw our attention to the royal titles which bookend the set of four. Scholars debate the precise referent of the phrase “Wonderful Counselor” (some even splitting it in two), but the most insightful clue as to its meaning comes from earlier in the verse: “and the government shall be upon his shoulder.”

Much modern gloom is the fruit of our bureaucrat betters’ failure to shoulder the government. We have all seen leaders, public and private, who cannot bear the weight of their office.

Not this Son. He alone can carry the load of cosmic rule. He alone is worthy to open the scroll of Revelation. Upon his ascension, Christ received the nations (Ps. 2:8), everlasting dominion (Dan. 7:14), and universal authority (Matt. 28:18). In principle though not yet in full experience, the kingdoms of earth have become the kingdom of the Son (Rev. 11:15).

And to what effect? Let us not skip over the title “Prince of Peace.” Yes, the gospel of the kingdom sets households at odds and empires on edge. But at Christmas we are reminded that Christ’s rule brings “on earth peace among those with whom he is pleased” (Luke 2:14). Under the Son’s reign, men beat their swords into plowshares (Isa. 2:4) and the wolf and lamb lie down together (Isa. 11:6, 65:25).

Further, we are told that there will be no end to the increase of his government and of this peace, and from David’s throne the Son will establish his kingdom with justice and with righteousness forever (v. 7).

Christmas is the hinge of history. We can plainly observe this without immanentizing the eschaton. The spiritual kingdom that was inaugurated with the death, resurrection, and ascension of the Son of God has been steadily invading the city of man for two millennia. This kingdom is the unlikely pebble of Nebuchadnezzar’s dream that topples the world’s empires and becomes a global mountain (Dan. 2:44), the mustard seed that grows into a massive tree (Matt. 13:32-32), the leaven that leavens the whole lump (Matt. 13:33). It presided over both the fall of Rome and the fall of Roe. It has seen the abolition of the pagan sacrifices in the Roman Empire, the end of the transatlantic slave trade, and the explosive growth of Christianity throughout Sub-Saharan Africa, South America, and East Asia. And, when every enemy is put under our Lord’s feet, he will consummate this kingdom by eradicating sin, injustice, and death for all eternity (1 Cor. 15).

None of this is to imply that we do not live in a vale of tears. The line between a hermeneutically-balanced eschatological optimism and starry-eyed dominionism is sometimes regrettably thin. But the deathblow to our gloom comes in the prophetic seal to this oracle: “The zeal of the LORD of hosts will do this” (v. 7).

How much zeal can an infinite God muster? Here, our theology proper will help us. There is no passive potentiality in God. He is actus purus, pure act. The zeal of the Lord, then, connotes the entire commitment of God’s infinite being to effect his perfect, decretive will for his glory and our good.

Experience bears this out. The church would have died with the apostles had not the zeal of the Lord sustained it. No saint would complete his journey to the celestial city without the Lord zealously outpouring persevering grace. And the zeal of the Lord will bring about the day when every knee will bow and every tongue confess that Jesus Christ is Lord to the glory of God the Father.

We have been given none other than the Son of God himself to dwell with us, suffer for us, and reign eternally, world without end. May we cast off our gloom in the light of Christ. 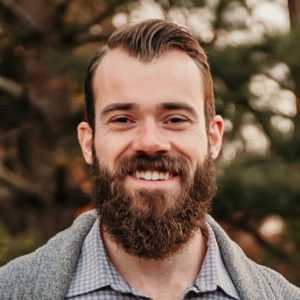